Can a case be made that Keynes' suggested alterations to the Treaty of Versailles' contents on reparations, iron and coal, are still too harsh on Germany and its economy?


A military confrontation is at heart economic. Tactics can win a battle, but it is a country’s industrial capability – its abundance in natural resources, its manufacturing power, its technological expertise – that ultimately wins a war. Crushing Germany’s economy would ensure that she never waged war again. Yet, faced with this this stark choice, the Allies decided to let the country continue existing; penalties and regulations that were meant to keep her in check were enforced. Keynes’ suggested alterations are a victim of the same miscalculation – any measures that were not directly aimed at rebuilding Germany, and Europe in general, would be met by the defeated country with resentment and resistance. Keynes sought to alleviate the pain, but not to remove the illness altogether. 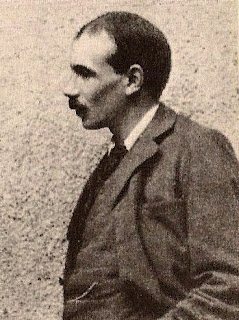 This is best seen on the provisions relating to industry, which J.M. Keynes saw as more important than financial clauses in the Treaty not least because “the German Empire has been built more truly on coal and iron than on blood and iron". Germany's exploitation of the coal mines of Saar and of the Ruhr had made it the first purely industrial country on the continent. Thus, the future of the Saar – especially in the first decade – would determine Germany’s ability to rebuild its industry.

Neither the Treaty nor Keynes’ alterations provide a feasible solution, bearing in mind the country’s dependence on coal. What Keynes proposes is returning the Saar back to Germany unconditionally and without payment after a period of 10 years, in contrast to the Treaty’s prescription to hold a referendum, after the elapse of 15 years, to determine to whom the region should belong. Meanwhile, the region should become an international zone, with its mines exploited by France (a compensation for the war-time destruction of industry in Northern France by the German army). Yet, it is precisely in this first decade that Germany, deprived of its main natural resources hub, will face economic hardship and even risk perishing, which becomes visible when we analyse the country’s coal supply.
Before  the war, out of Germany's maximum output of 191,500,000 tonnes of coal annually*, 139,000,000t was consumed locally (excluding the coal used in the mining industry itself). It was secured by the Treaty that the proportion between the amount of coal consumed locally and the total output of Saar Basin would be the same is it was in 1913. Territorial loss, induced by the Treaty and the armistice, would cost Germany 60,800,000t yearly. Subtracting the demand for coal in mining and taking into consideration the reduced efficiency of the damaged industry (e.g. we know that in 1918 the total output was only 161,500,000t), Keynes estimated the post-war amount of coal left for local consumption at 100,000,000t. Further 40,000,000t were demanded from Germany as compensation for the destruction of mines in France, Italy, Belgium and Luxembourg, leaving only 60,000,000t for local consumption. The Treaty-imposed territorial losses diminished the German population by 6,5mln (around one–tenth). The annual demand for coal was thus reduced, but "at the most extravagant estimate this [loss] could not be put above 29,000,000t", decreasing the amount of coal needed for local consumption to 110,000,000t (50,000,000t above the amount determined by the arrangements of the Treaty).

The only alteration that Keynes introduces is renouncing the compensation made to Italy, Belgium and Luxembourg. Germany should provide France with a fixed amount 7,000,000t a year for ten years, supplemented by “an amount of coal equal to the difference between the annual production before the war of the coal mines of the Nord and Pas de Calais, destroyed as a result of the war, and the production of the mines of the same area during the years in question” which was not to exceed 20,000,000t. Thus, if we subtract from Keynes’ estimate of 100,000,000t of coal left for local consumption even a conservative figure of 15,000,000t, we are still below the 110,000,000t demanded annually. The alterations are clearly less harsh, but they still sentence an entire population to massive shortages and resulting discontent.

In 1919, without the mines of Saar Basin and Alsace-Lorraine, the output of coal was already only 50,000,000t. What is more, industry efficiency was largely decreased – in 1920, manufacturing in Germany will reach only 59% of the 1913 level. Had the Treaty been fully implemented, the country would have to divert entirely towards agriculture not to starve its population. However, as Keynes points out, the productivity of soil reduced to 60% and the effective quality of livestock to 45% of the pre-war level. A Germany entirely reliable on agriculture would be destroyed by the measures proposed.

At the Paris Peace Conference, Count Brockdorff-Rantzau presented the Report of the German Economic Commission, contending that Germany has transformed from an agricultural state to an industrial one and "so long as she was an agricultural State, Germany could feed forty million inhabitants. As an industrial State she could insure the means of subsistence for a population of sixtyseven millions (…) to put the Peace conditions into execution would logically involve, therefore, the loss of several millions of persons in Germany". Deindustrialization of Germany would not only lead to her economic decline, but also to mass reduction of her population. It was imperative that the Weimar Republic remained an industrial state and – as shown previously in the coal supply calculations – Keynes’ proposal did not satisfy that requirement.

Similarly, in the second aspect – reparations – Keynes’ proposal is slightly less harsh, but not sufficiently. He suggests that Germany should not be forced to pay more $10 billion and should do so in thirty annual installments, beginning in 1923. Furthermore, if the country cedes all of its war material and equipment as well as all the state property acquired in occupied territories, the sum should be lowered to $7.5bn, without interest.

The Reparation Commision (which the Treaty establishes for the purpose of determining the exact sum) increases Keynes’ nominal figure threefold. The reparations are set at 132 billion marks ($33bn), out of which however 83bn marks were to be allocated in bonds that were likely to never become payable. Thus, the remaining 50bn marks (around $12.5bn) were not an outrageous figure when compared to the $10bn that Western European countries owed to the United States (who during the war had provided especially Britain and France with extensive loans). Furthermore, $12.5bn amounted to only around 160% of Germany’s GDP in 1919.

Overall, the Weimar Republic ended up paying only 20bn marks ($5bn) – half of the figure prescribed by Keynes and 15% of what the Commission required. Throughout the 1920’s and early 1930’s, Germany not only systematically postponed and flouted the payment of reparations, but it worked to convince the Western powers to renounce the reparations altogether. The issue with the reparations was not its exact figure – Keynes’ $10bn, although less harsh, still imposed a considerable and (according to the German society) unjustified burden.

As The Economist has put it “Germany’s [defying of reparations] had less to do with its capacity to pay than its incentives”1. Simply lowering the figures, as Keynes did, was not enough to halt the rising German resentment. The country should have been forced to pay and invest for the sake of European reconstruction, from which she too would benefit. Instead, the Weimar Republic was left with the impression that it had fallen prey to Western imperialist financial exploitation 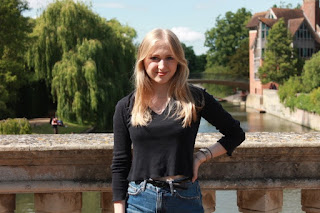 
* All data in the essay comes from the Treaty itself, The Economic Consequences of the Peace or Wages of Destruction by Adam Tooze.
Posted by Clare Trowell at 10:18