We recently discovered a cache of uncatalogued pamphlets by Walter Rathenau in the basement. Walter Rathenau 1867 - 1922 was a German industrialist, politician, writer and statesman who was Foreign Minister of Germany during the Weimar Republic and was assassinated.

Published between 1916 and 1921 and printed in the German Gothic script, the collection of 14 pamphlets seem a significant find and are now catalogued and stored in the Archives Room.
Posted by Marshall Library at 14:52 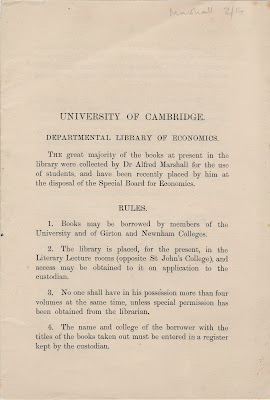 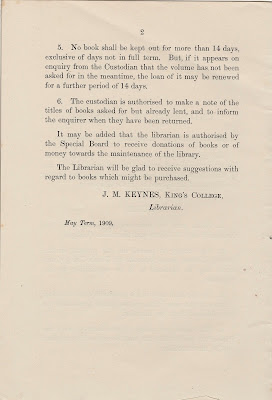 Posted by Marshall Library at 09:33

The Selected Papers of Partha Dasgupta 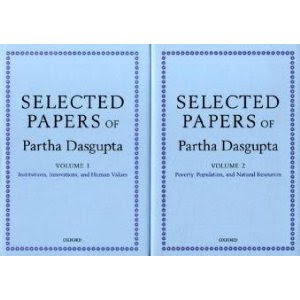 Recently published and added to the Marshall Collection. Classmark: 11 D 80

"This two-volume collection represents a body of work spanning 40 years and contains a selection of Dasgupta's most original papers on six key themes. Both volumes feature foundational papers and substantial original introductions. The articles reflect inter-disciplinary scholarship in the author's search for a unifying way to analyse the problems people face in trying to allocate resources over time, among groups, and across uncertain contingencies. Each volume opens with an extended essay explaining the motivation underlying economics; the concept of what economics is about and how modern economists move within it."
Posted by Marshall Library at 11:08