Something completely different to what I expected

Honestly, since I started year 10, work experience was one of the things I was dreading. I thought it would be two weeks of just doing nothing. However when I came to the Marshall Library I found myself quite surprised with the considerable amount of work to be done, with the varied tasks and jobs required to keep the library running. 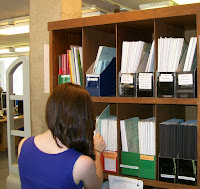 On my first day of working in the Marshall Library I was kindly introduced to the staff team by Sue, whom all of which were welcoming. My first day proved to be the most difficult as I was getting into a new routine, as well as in a new place with people I didn’t really know. But as the days went on, work began to get easier and I feel like I made a closer connection with the staff.

Getting to work took me a while as I had to get the 8:11 train and then walk from the station, which took around 25 minutes. However, I soon realised that the library was reasonably close to the town centre, which gave me the opportunity to see my friends at lunch as I had a whole hour, which I took from 13:00-14:00 every day.

During the week my work varied with the tasks I was doing. Firstly I learnt how to issue and receive books to university students as well as collecting book references and checking where they are kept. On one particular day, I was introduced to Anita’s work and how she does cataloguing, which took me by surprise as to how much thorough work has to be done. I found that the work became easier as I became more confident, and it gave me a better understanding of the library environment as well as a work environment.

Aside from all the work, Sue was kind enough to organise visits to other libraries for me. The Cambridge University Library was astonishing; when I was told there were around 8 million books, I found this hard to believe. Finding one specific book which we needed for the Marshall Library was actually enjoyable, and something completely different to what I expected. Because of my particular interest in physics, specifically Cosmology and Astronomy, Sue organised a visit to the Moore Library and the Library of Astronomy. This was exciting for me as I hope to pursue a career in Applied Mathematics and Theoretical Physics, specialising in Cosmology.

Overall, working in the Marshall Library was, admittedly, quite intimidating at first as my knowledge of the library work environment was limited. However, as the days progressed I began to get more comfortable with working and found it easier to undertake any new challenges I was given. I was particularly enthusiastic when Clemens asked me if I would like to do a project which revolved around Economics, so I thought I would use my knowledge of the German Economy from 1919–1929 and apply it to the subject of Economics to create a display for the library.

Even without any knowledge of working in a library, I still found my two weeks at the Marshall Library particularly enjoyable, and I now feel like I have a much clearer understanding of what work may entail in the near future. 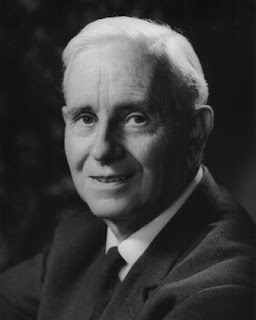 Austin arrived at RNAS Cranwell in mid June 1917 for advanced flight training. This consisted of one week each on the Avro 504, the BE2c and the Bristol Scout. During this time he would also have received instruction in advanced navigation, aerial photography, use and maintenance of machine guns and basic bomb dropping. He successfully passed out as a flight sub-lieutenant on July 11th and was posted to RNAS Killingholme on the Humber for further training on seaplanes. 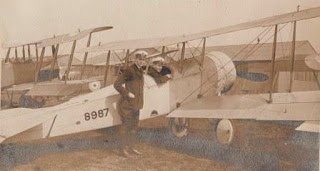 Killingholme was both a seaplane school and an operational station and it might have been because of this that few aircraft were available for training purposes and, as a result, Austin's opportunities to fly were very intermittent. Nevertheless he passed out successfully on August 10th and was then sent to RNAS Calshott on Southampton Water to complete his seaplane training. 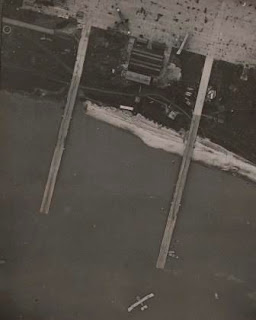 
Austin was not impressed with Calshott. It was in his words, a 'complete disaster'. Firstly, there were hardly any aircraft available for flight training and, secondly, there was a massive back log of personnel waiting to be passed out and assigned elsewhere. The situation was so grave that when it became known that a high ranking RNAS officer would be inspecting the station Austin and his fellow officers decided to mount '... the nearest thing one could have to a demonstration'. In order to draw attention to the enormous number of unposted officers in training everybody assembled in one massive long queue for lunch at the mess hall. The visiting officer obviously took note and all personnel were posted the very next day.

Austin, who had developed considerable affection for twin engined seaplanes, was delighted to find himself posted back to Killingholme for operational training.

Obtaining micro-data can be tricky, take time and might actually be virtually impossible (i.e. sometimes it is just not available in the way one thinks it could be available: e.g. either it’s not online, or it has never been collated or presented in the way needed). Hence, if you are thinking of embarking on a research project where your approach relies exclusively or heavily on having access to such data, please do not commit to undertaking such research unless you already have such data. (That is generally a good approach for any data-led or data-centred research, but with micro-data it is absolutely crucial).

The reason for organisations not just handing over such detailed levels of data lies in the data itself: protecting a discrete group of people who might be identifiable by postcode or other means might translate into them not being disadvantaged or singled out. Most organisations have a two-part approach to granting or denying access to such data:

So, when you have found a micro-data source,

do
and do not:

Just to give one recent example where I was asked for my opinion: the ONS’ Wealth and Assets Survey  is the kind of data where one must apply for Approved Researcher accreditation.
Admittedly, this all is tricky and definitely time-consuming, but the earlier in the process of your research you appreciate the above, the better it will be for deciding whether you can manage to conduct the research you are hoping to do. There are one or two notable exceptions to the above, of which in another post.