It is 100 years since the publication of Keynes’ Economic consequences of the peace, and in conjunction with the Faculty of Economics’ centenary conference held earlier in the week at King’s College, the Marshall Library organised displays and a series of blog posts to illustrate the significance of Keynes’ work.
The Marshall Library welcomed a record number of Open Cambridge visitors, including artists, historians, architects, and economists, and it was a delight to see visitors’ first impressions when entering the library.   Hidden behind the stark façade of a brutalist building designed in the early 60’s by Sir Hugh Casson, the Marshall Library is open plan, flooded with natural light, and features a spiral staircase leading to the gallery. 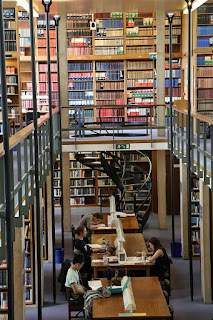 The Keynes displays featured first editions of “The economic consequences of the peace”, and Tardieu’s “The truth about the treaty” which sought to justify the Treaty and counter the criticisms levelled at it by Keynes. A letter from Charles Waldstein to Keynes was found within the pages of the Marshall Library's copy of this book in which he declared Tardieu to be '... such a swine' and encouraged Keynes to respond to him.
In addition, there was a display of Keynes’s correspondence from 1919, including the exchanges between Maynard and his mother when he was on the point of resigning his position as H.M. Treasury adviser at the Paris Peace Conference in Versailles.  His mother shows her concern both for his welfare and his reputation. 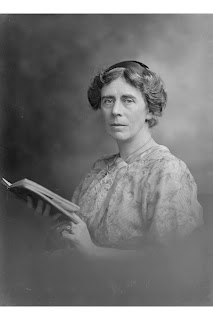 Florence Ada Keynes, Maynard's mother
In the Mary Paley Room, which houses the Marshall Library’s collection of rare books, we showed the original copies of The Economist from December 1919, when both Marshall and Keynes were publishing within a week of each other.  At the age of 77, Marshall published the two-volume “Industry and Trade”, and the following week, there was the announcement of Keynes’s “Economic Consequences of the Peace”, with the first review appearing on 27 December.

It was Alfred Marshall who encouraged Maynard to become an economist, as he was impressed by Maynard’s work.  After graduating with a first class degree, Maynard stayed at King’s for a fourth year and started weekly supervisions with Marshall, although he had not yet decided to become an economist.  Maynard enjoyed the intellectual challenge of studying economics with Marshall, and in turn Marshall considered Keynes’ essay on comparative railway systems ‘a brilliant answer’.  This praise then prompted Keynes to write to Lytton Strachey, “I find economics increasingly satisfactory, and I think I am rather good at it.” 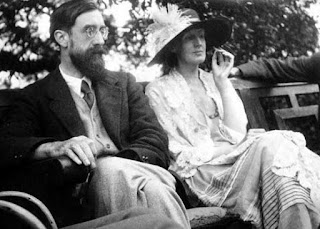 
We had anticipated interest in the Keynes exhibition, but it is always intriguing to find out why visitors have specially selected your library to visit as part of Open Cambridge.  It was while visiting the Mary Paley Room that one visitor started enquiring about the basement which had been mentioned earlier in the tour.  He was an artist who specialised in photographing behind the scenes in libraries and museums and he wondered out loud if it would be possible to visit the Marshall Library basement.  No matter how carefully you plan an exhibition, there will always be something else that visitors want to explore.